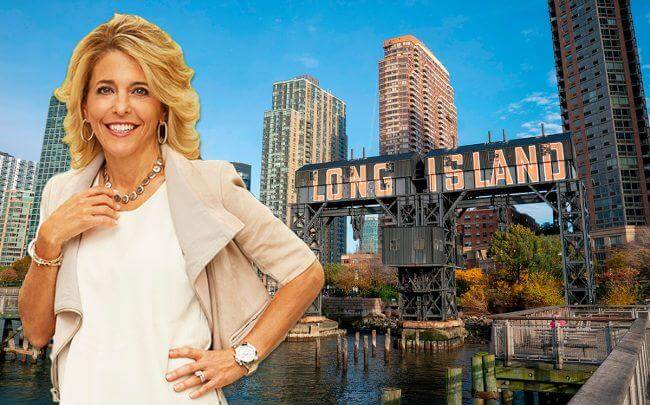 The Corcoran Group has planted its flag in Queens with the opening of an office in Long Island City.

Led by president and CEO Pamela Liebman, Corcoran launched its new location at 47-34 Vernon Boulevard on Wednesday. The office will staff about 10 permanent agents.

Liebman said in a statement that opening an office there was a “strategic decision” based on growing buyer demand for homes in the neighborhood.

Corcoran’s new office is on the same block as offices for Douglas Elliman, Modern Spaces and Nest Seekers.

LIC saw 340 condominium sales last year, according to Corcoran. Condo-buying grew after Amazon announced plans to build a corporate campus there, but when the retail giant dropped those plans, activity died down.

Others also are eyeing LIC. Celebrity broker Ryan Serhant said he, too, plans to open an office there by the end of the year. Serhant is marketing two new condo developments in the neighborhood: Hero, at 24-16 Queens Plaza South (Silverback Development); and the Prime, at 22-43 Jackson Avenue.

In other Corcoran news, the brokerage recently launched a partnership with Swedish firm AdFenix to ramp up its lead generation.

And in January, Corcoran said it planned to open 22 franchise locations in major cities across the country this year.