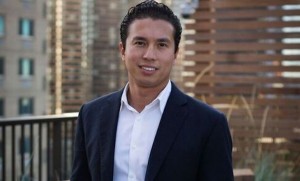 Silverback’s focus has been primarily in New York City, but Schuster says the firm is now exploring development opportunities in Florida and Washington, DC.

NEW YORK CITY—Silverback Development, launched a little more than a year ago with $50 million in funding, has parlayed that capital into an impressive $1.7-billion pipeline of real estate projects nationwide.

In an interview with Globest.com, Silverback Development managing principal Josh Schuster, related that since its formation in July 2016, in addition to the aforementioned pipeline, Silverback has secured nearly $300 million in new deals, along with an additional $400 million in projects still underway through Schuster’s previous firm DHA Capital.

A former principal of DHA Capital, Schuster sourced and led the development of a number of luxury residential developments in New York City, including 50 Clinton St., 535 West 43rd St., 75 Kenmare and 12 East 13th St. Prior to his time at DHA, he served as director of development at JMH Development, where he was responsible for the renovation of 184 Kent Ave., one of the first multifamily conversions in Williamsburg, Brooklyn.

A total of $25 million in initial capital came to Silverback Development from a large institutional player and approximately $25 million was provided by a high-net family-owned office property owner.

Discussing the firm’s considerable pipeline, the 33-year old executive said, “Our deals are under control through either joint ventures, ground leases or traditional outright purchases.” He adds that Silverback’s sweet spot involves properties ranging in size from 50,000 square feet to 800,000 square feet.

The firm has what Schuster terms as a “three-pronged investment approach” that involves sourcing its own deals, partnering with existing landowners that are looking to monetize their real estate holdings and later agreeing on pursuing the best and highest use.

“We also joint venture partner with co-general partners that have tied up sites three or four years ago and it’s time to go vertical and they don’t have the balance sheet, they don’t have the track record, they are not financeable or they are looking for a new partner to inject some cash,” he says. Schuster says that his firm can come in and provide the expertise and analytics to be the “silver lining” to get the project moving forward.

One of Silverback’s largest projects is a proposed ground-up new construction luxury condominium project in Gramercy Park East on Second Avenue. The $100-million project, which is in the early stages of approvals, calls for the construction of an 80,000-square-foot 13-story building that will feature between 60 to 65 luxury condominium units.

Silverback is also currently converting a 29-story dormitory building at 67 Livingston St. in Brooklyn Heights into a 23-unit luxury condominium development. Silverback and a group of investors acquired the 50,000-square-foot building for $30 million from Glory Capital this year. Demolition work has already begun on the project that has an overall development cost, including acquisition, of $50 million. He expects the project to be completed in nine to 10 months.

Among some of the firm’s more notable deals include the $12.5 million purchase of three office buildings (777 and 773 Summer St. and 612 Bedford St.) in Stamford, CT in late 2016. The properties have the long-term potential of seeing Silverback develop up to 375 multifamily units on the property. However, at the moment, he says the plan is to continue to operate the cash-flowing office buildings.

The firm is also currently serving as a third-party development manager for the ownership of the former St. John’s Hospital property in Elmhurst, Queens. Silverback is working on securing temporary certificates of occupancy and leases at the 300,000-square-foot complex that features 145 multifamily units, a parking garage and 80,000 square feet of commercial space.

Silverback, while involved in luxury condominium development and multifamily, is also looking to the other side of the housing spectrum. Silverback is joint venturing with a property owner in Long Island City near the Queensboro Bridge to develop a homeless shelter for approximately 200 families.

Silverback’s focus has been primarily in New York City, but Schuster says the firm is now exploring development opportunities in Florida and Washington, DC.

“In Fort Lauderdale we have a couple of sites that we are targeting to focus on luxury independent living (aged 55 and older),” he says, adding that this demographic is expected to grow substantially in the years to come.

“Every year 10,000 people a day turn 65 and that is going to happen for the next 30 years,” Schuster says. “I feel a lot of developers are focusing on millennials and catering their amenities to accommodate that demographic, but some of the luxury space for the Baby Boomers is somewhat underserved.”

He adds that Silverback is considering a possible senior luxury condo development in New York City, but is looking for the right site for that project. Its residential pipeline is currently split evenly between rental and condominium projects.

Schuster adds that Silverback is focused on structure and not necessarily just on the real estate in its investments. “The deal structure allows us to be protected on the equity side in case there is an adjustment in the marketplace,” as well as be attractive to prospective lenders, he notes.

In terms of its future projects, Schuster says the firm will continue to look to deliver for-sale residential projects for a price point at below $3 million and will be focused primarily in strong micro-markets in Manhattan.