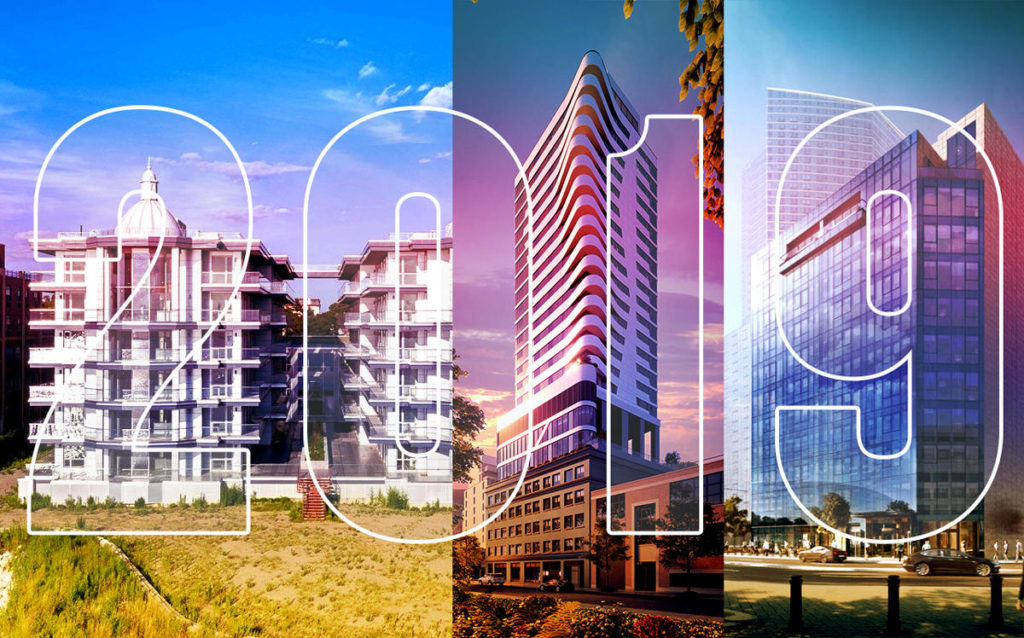 Big condo filings in Queens took a big dip this year. But there’s more to the story.

The 10 most expensive condo projects filed in 2019 — according to the sum of their units’ asking prices — totaled just under $744 million, down 56 percent from a year ago.

However, last year’s top 10 had a major outlier: the $1 billion-plus United Development & Construction Group project at 23-15 44th Drive. The price total for the No 2 through No. 10 Queens condo projects this year was 2% greater than that of the comparable nine projects the previous year.

Queens, particularly Long Island City, has been undergoing a residential building boom, one that intensified when Amazon announced in November 2018 that it planned to bring an office campus to the borough. Seemingly overnight, home prices in LIC surged on the news.

But on Valentine’s Day, Amazon withdrew its plans, dashing the hopes of some in the industry who had anticipated a swifter development of Queens’ waterfront.

Still, there are substantial condo projects on the horizon in the borough, from King’s USA Group’s Allura Condo in College Point — anticipating a $146 million sellout — to two Flushing developments from Pinnacle Group. Those, called the Summit at Infinity and Dorado at Infinity, are expecting sellouts of $51.5 million and $47.1 million, respectively.

Four of the top 10 priciest filings this year are for new developments in Flushing, with Long Island City also contributing four developments to the list.

Check out The Real Deal’s full top 10 below.

1. Topping TRD’s ranking of Queens’ priciest condo filings is King’s USA Group’s Allura Waterfront, located at 109-09 15th Avenue in College Point. The sellout price for the 134-unit condo, which will also have a commercial unit, is $146 million. Nest Seekers International is marketing the building, and prices for condos range from $580,000 to $1.8 million, starting at $775 per square foot. According to the condo’s website, the building is 40 percent sold and homeowners will benefit from a 15-year, 421a tax abatement.

2. Silverback Development and AEW Capital Management’s project at 24-16 Queens Plaza South, known as the Hero, has a current sellout of $101 million. The partners acquired the Long Island City project from Greystone Development in February for $80 million. Nest Seekers International’s Ryan Serhant is marketing the 109-unit project, which will have studios and one- and two-bedroom units. Amenities include a wellness center, a sky lounge and a social room for residents. Prices for available condos range from $690,000 for a studio to $1.3 million for a two-bedroom, per the condo’s website.

3. The Asia Tower Condominium, from developer Yin C. Hu, has a nearly $80.9 million potential sellout. The Flushing development at 141-26 Northern Boulevard will stand 11 stories tall and house 56 condos, according to filings with the city’s Buildings Department. The project also will have retail and community space.

4. Ai Yun Chen’s filing for the six-story Rego Parc Condominium shows an expected sellout of $73.7 million. The filing notes that the project, at 62-98 Woodhaven Boulevard in Middle Village, will house 92 residential units.

5. In Long Island City, Tom Yu’s project, 5 Court Square, expects to pull in $73.6 million. The 11-story, luxury boutique building has 58 condos plus commercial space. Amenities include a penthouse lounge, fitness center, playroom and bike storage. Prices for available units range from $780,000 for a one-bedroom to $1.7 million for a two-bedroom, according to StreetEasy. Modern Spaces is handling the marketing and sales for the project.

6. Hua Yuan Development’s Flushing Highline Condominium at 136-46 41st Avenue is planning a sellout of about $60 million. The 28-unit project will stand near the Long Island Rail Road. The developers first filed plans for a seven-story condo building at the site in 2006.

7. The Zipper condominium, at 5-33 48th Avenue in Long Island City, has a $56.5 million expected sellout. Developer Circle F Capital bought the site for the eight-story, 43-unit project — located at a former zipper factory — in 2018 for $24.5 million. Modern Spaces is handling the marketing and sales for the development.

8. RockFarmer Properties filed an offering plan for a $54.9 million sellout at The Rowan, a six-story Astoria condo project at 21-21 31st Street. The 46-unit building will feature an indoor/outdoor lounge, roof deck and automated parking. Halstead Development Marketing is handling sales at the development, which was designed by DXA Studio and will also have 22,000 square feet of retail space.

9. One of Pinnacle Group’s two Flushing conversions — the Summit at Infinity 8, located at 132-40 Sanford Avenue — has a projected sellout of $51.5 million. Pinnacle picked up the property, a rental building, and a neighboring one that Pinnacle will convert into condos in 2017 for $58 million. The Summit will have 93 homes.

10. Rounding out the list is the second building that Pinnacle acquired and converted, The Dorado at Infinity 8. The condo conversion at 133-17 Sanford Avenue has an anticipated sellout of about $47.1 million and will have 85 apartments. Pinnacle in 2017 filed plans to convert another Flushing rental building, at 142-20 Franklin Avenue, into a condo development.